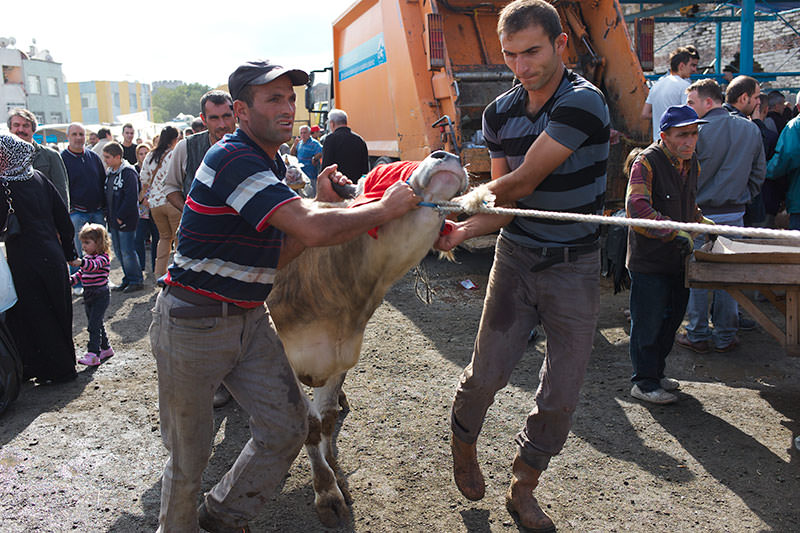 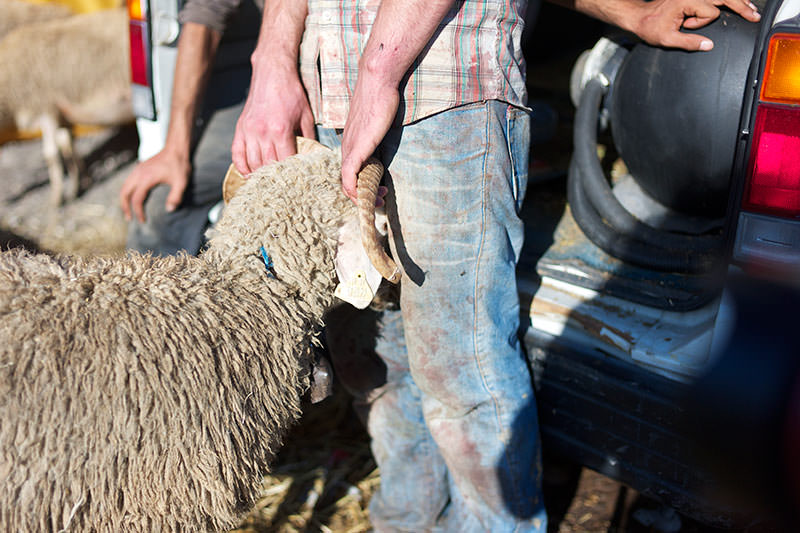 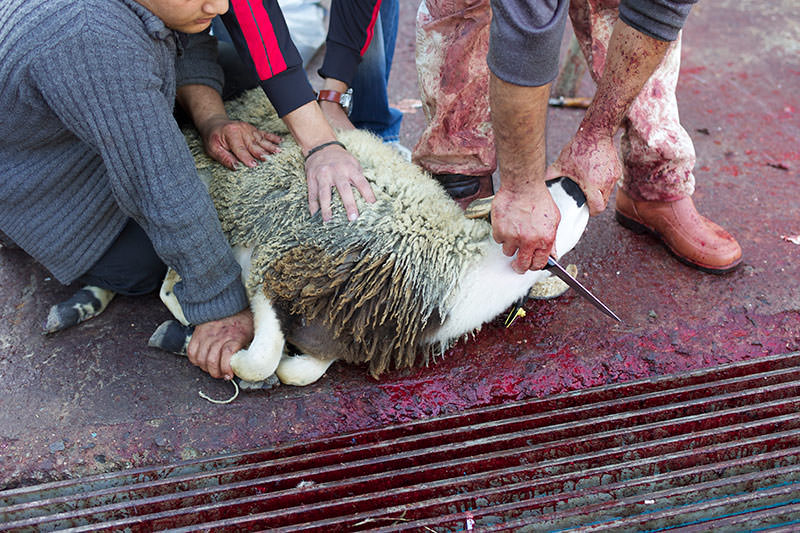 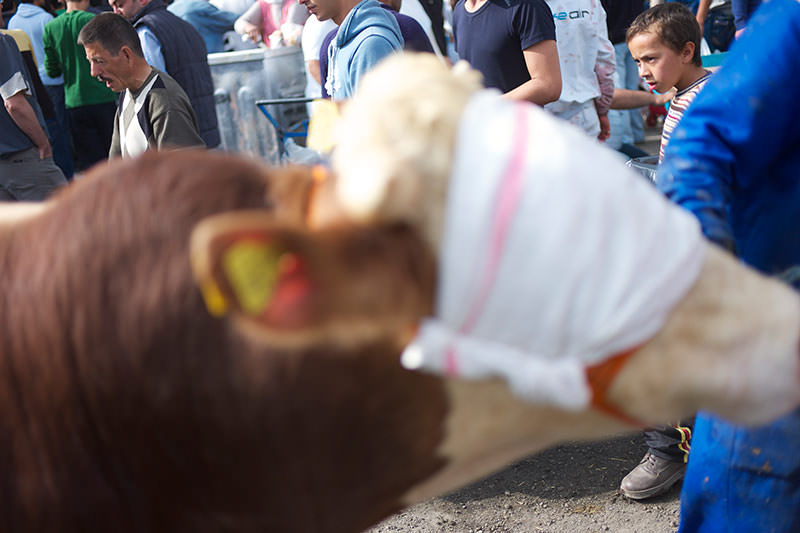 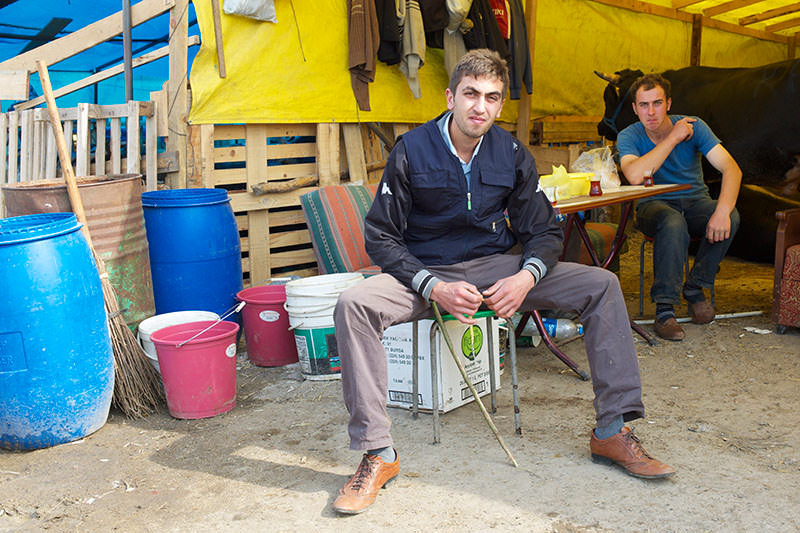 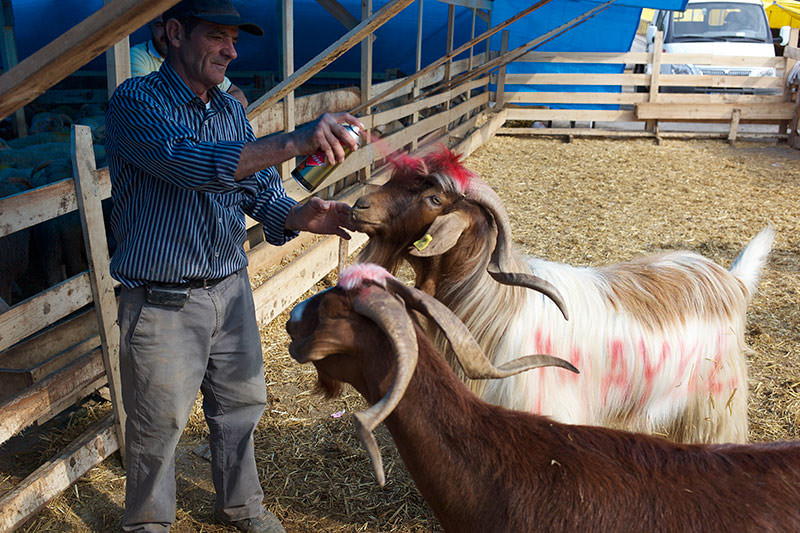 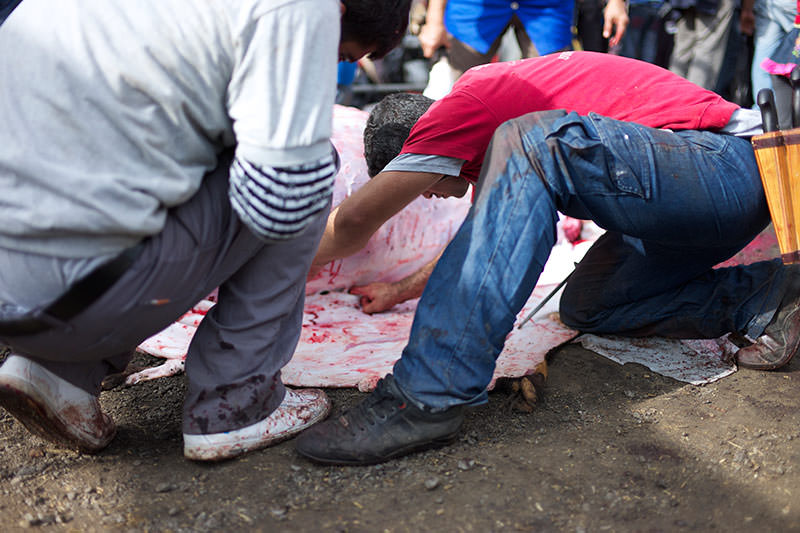 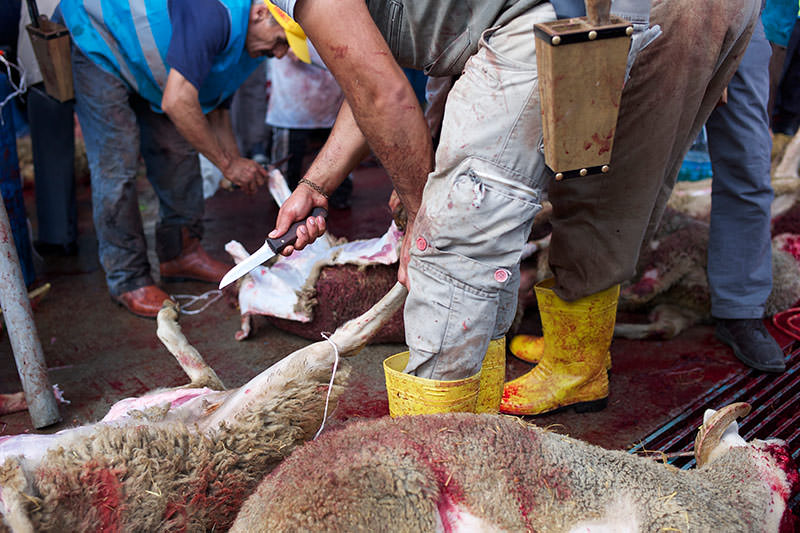 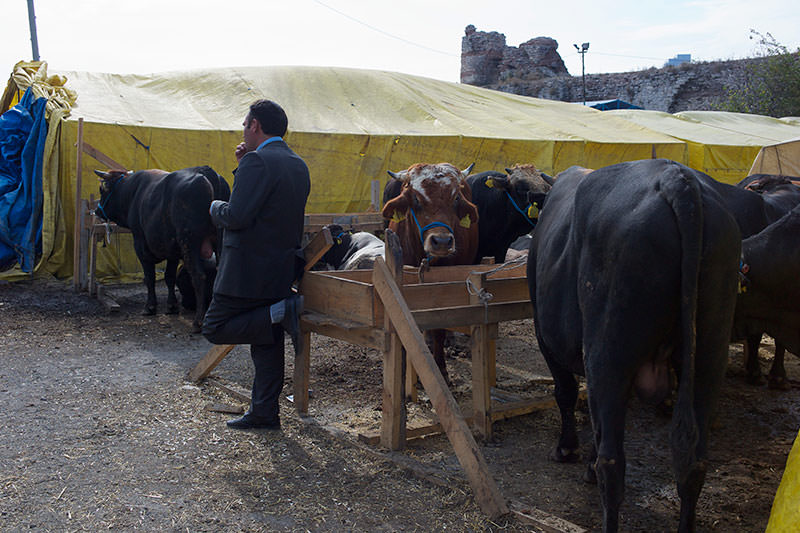 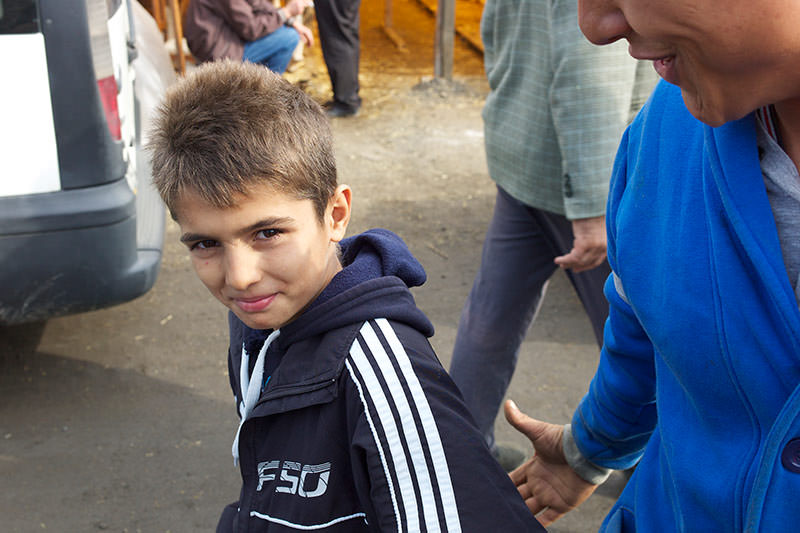 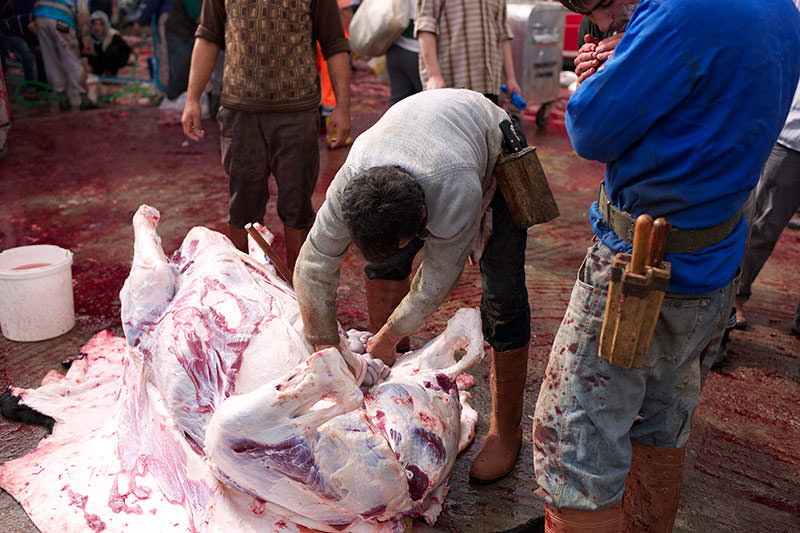 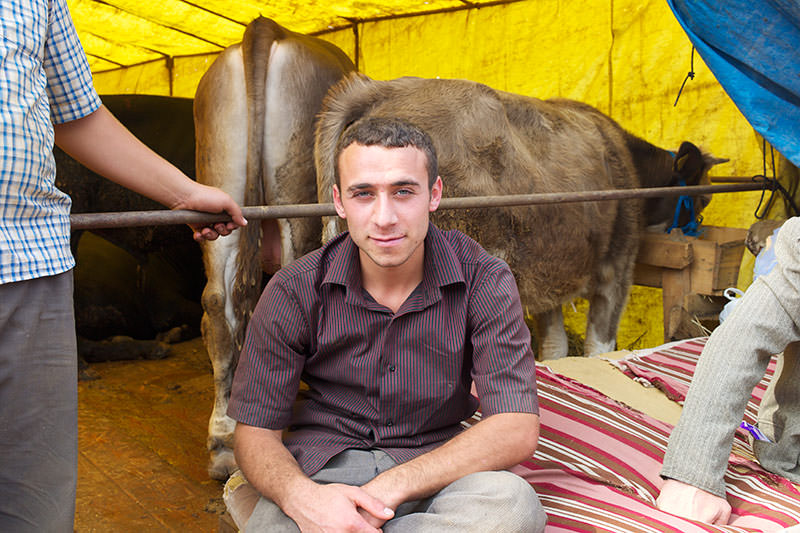 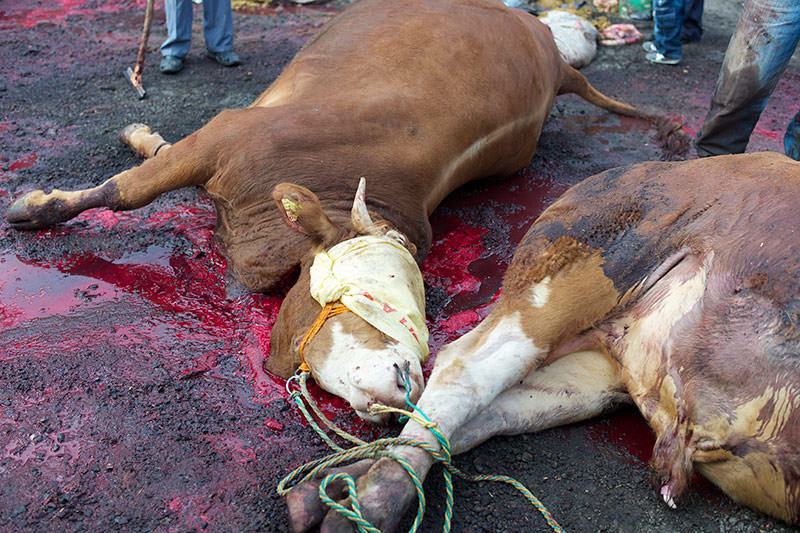 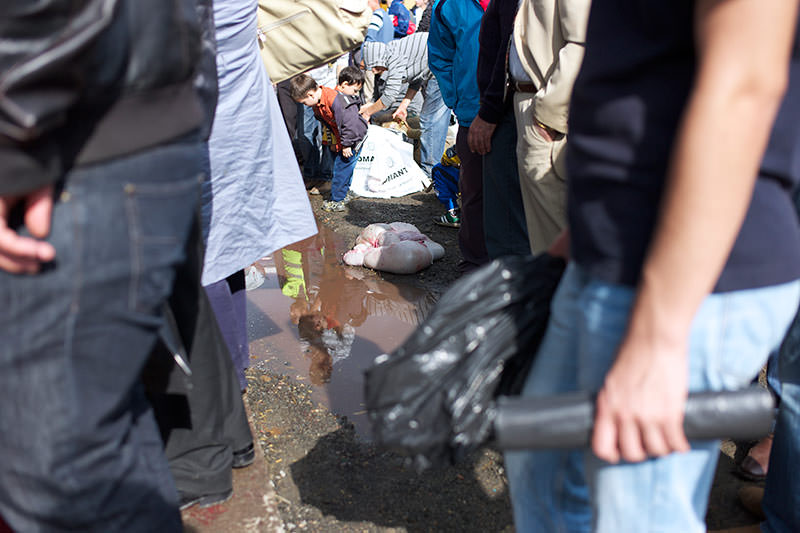 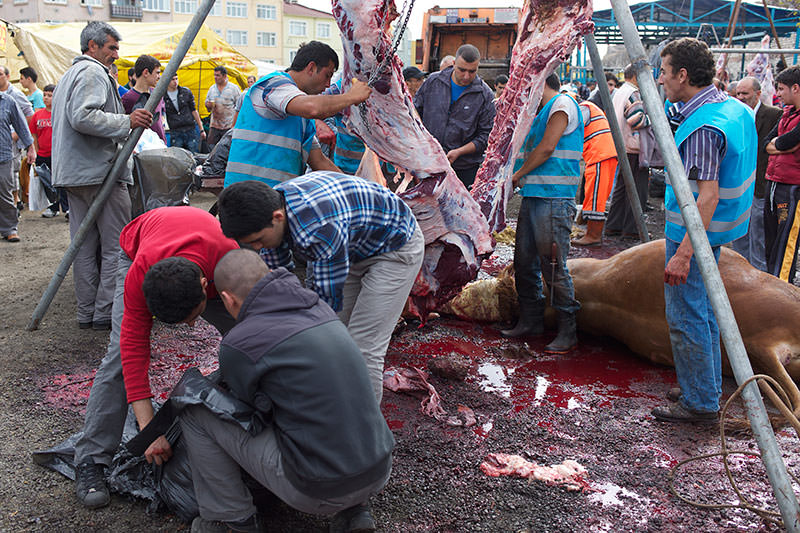 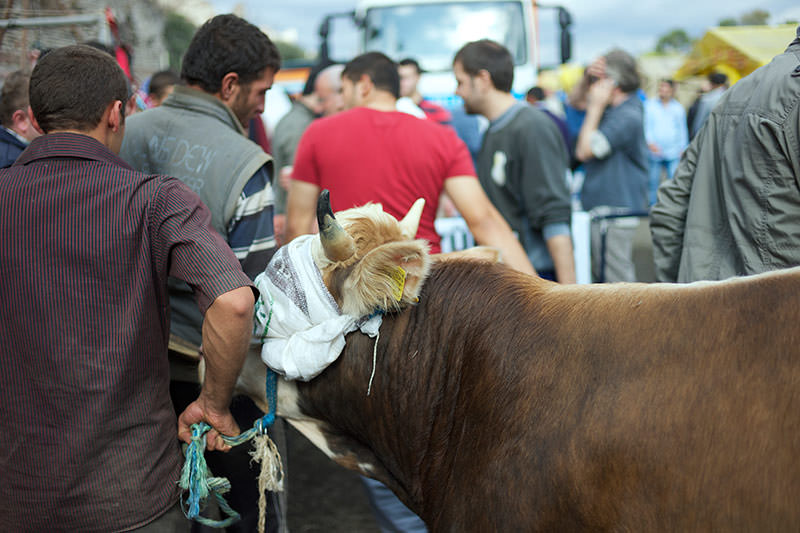 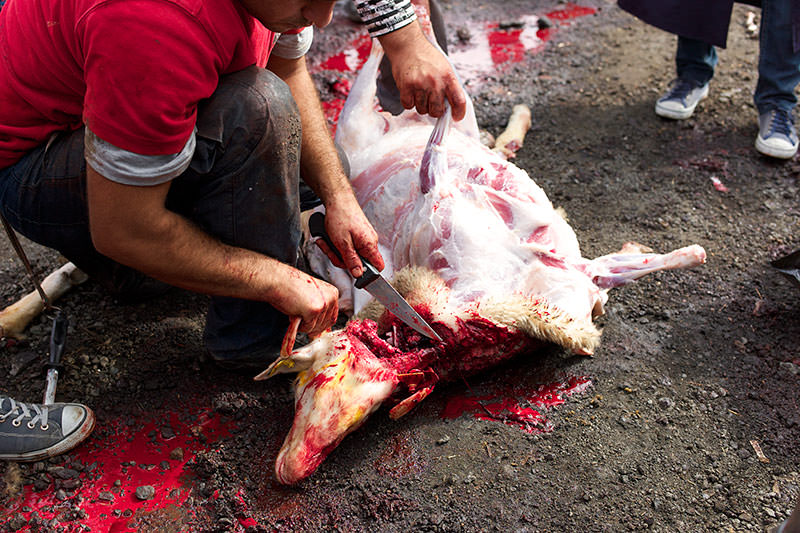 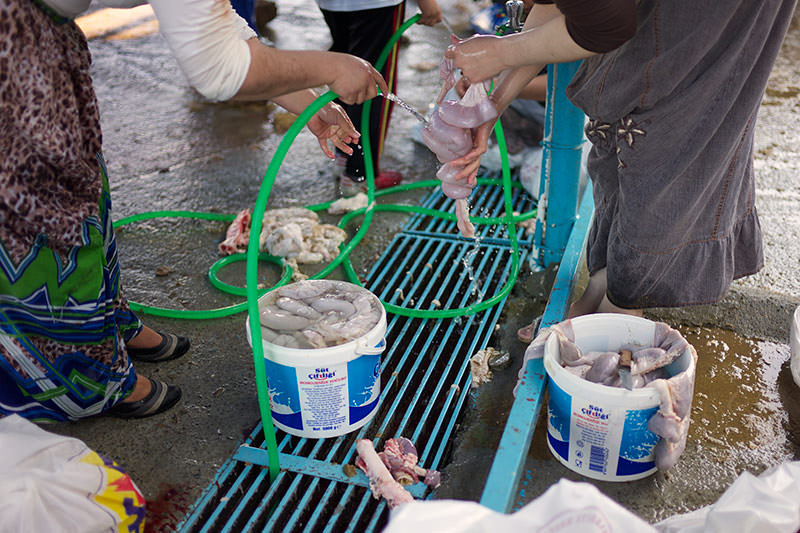 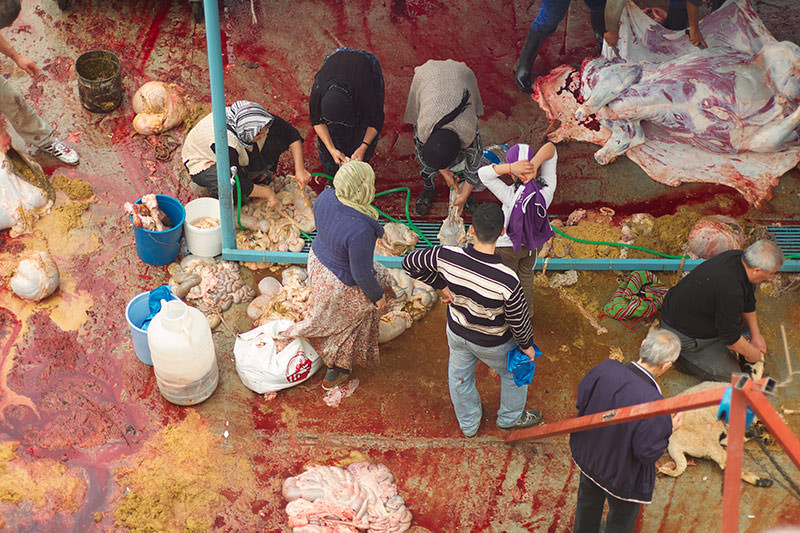 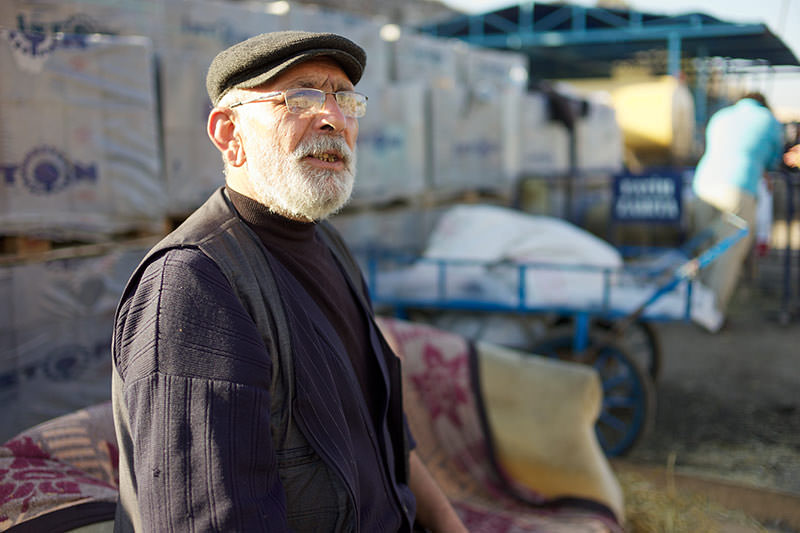 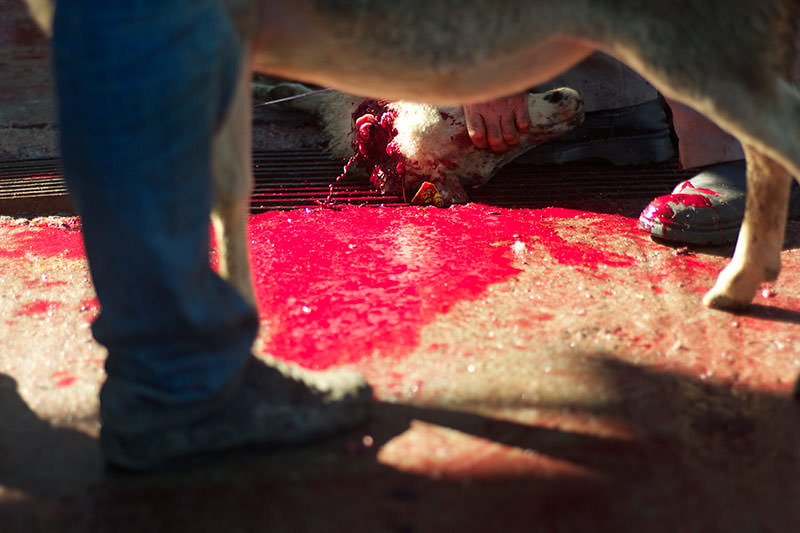 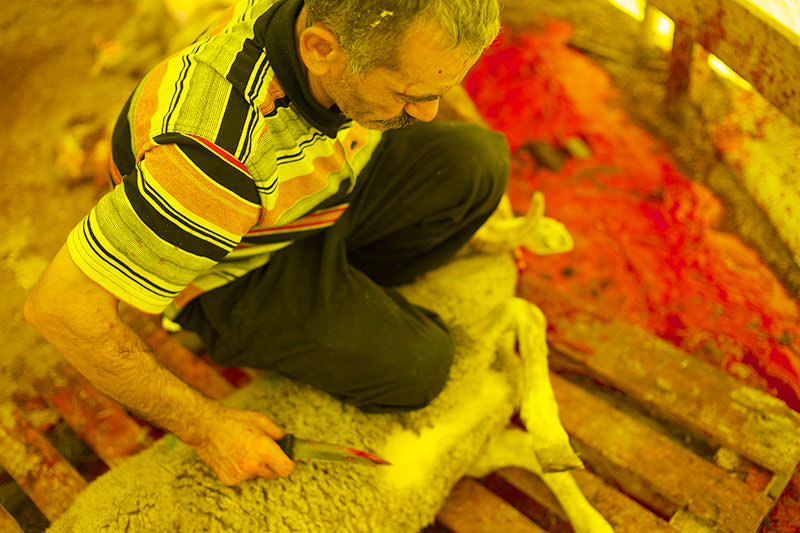 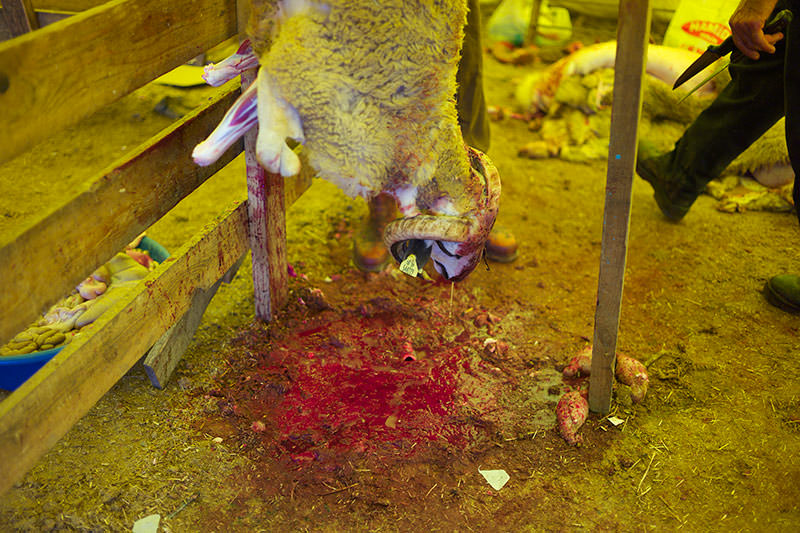 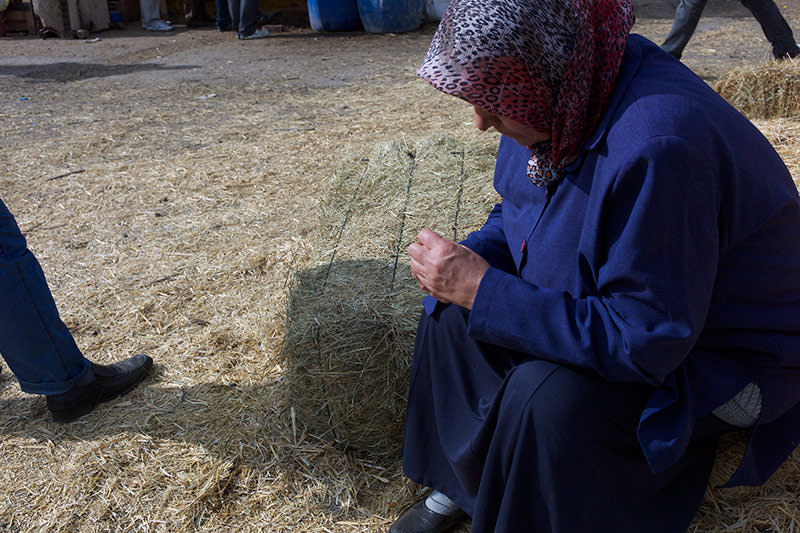 The Festival of Sacrifice or kurban koydu - Photographs from Istanbul

The Festival of Sacrifice - Turkish kurban koydu - in the Islamic tradition is one of the most important celebrations. The day of this ritual slaughter begins with a visit to the mosque. We are reminded of the Prophet Ibrahim, who was willing to sacrifice his son. God - as he recognized this devotion - sent instead an animal to be sacrificed. In the Jewish and Christian tradition this is the story of Abraham and his son Isaac.

My photographs show the battle in a suburb of Istanbul, as it is. It may be that the images appear raw, but they show the power of this bloody ritual and this is very unflattering. The Festival of Sacrifice is not only a religious act, but like all the festivals of the Muslims, it is characterized by a social attitude. A portion of the flesh of these sacrificed animals is given away to people who are in need.