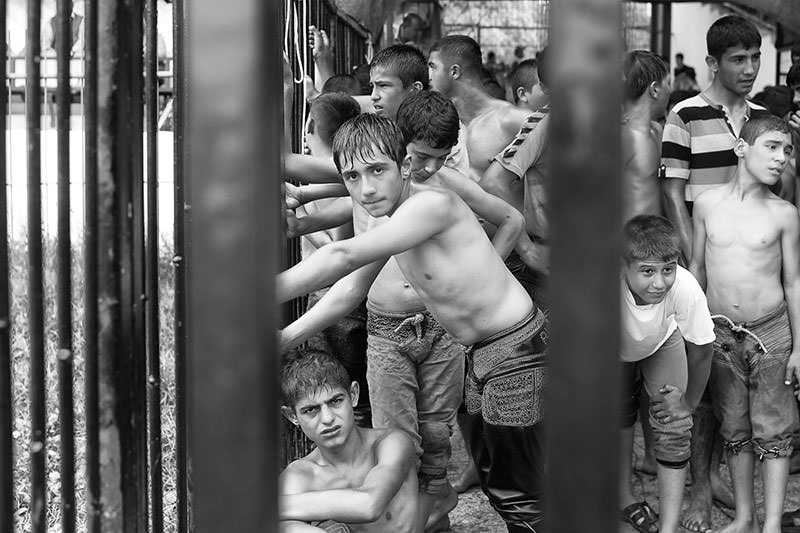 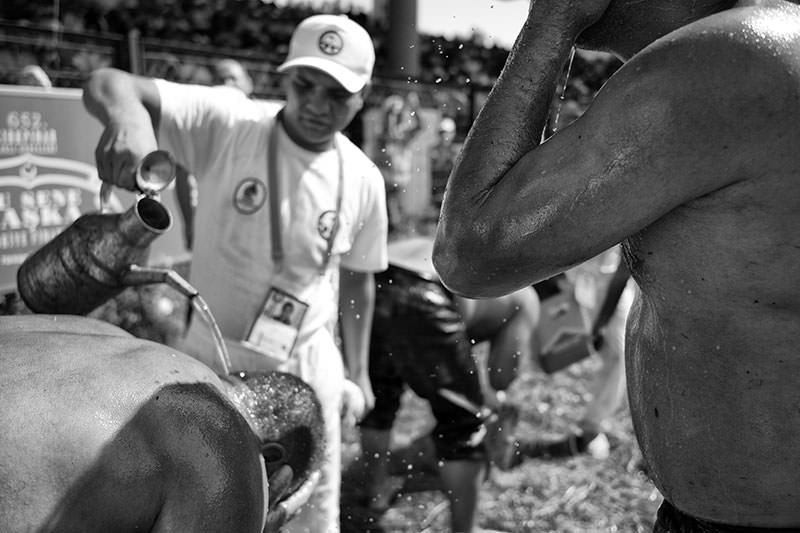 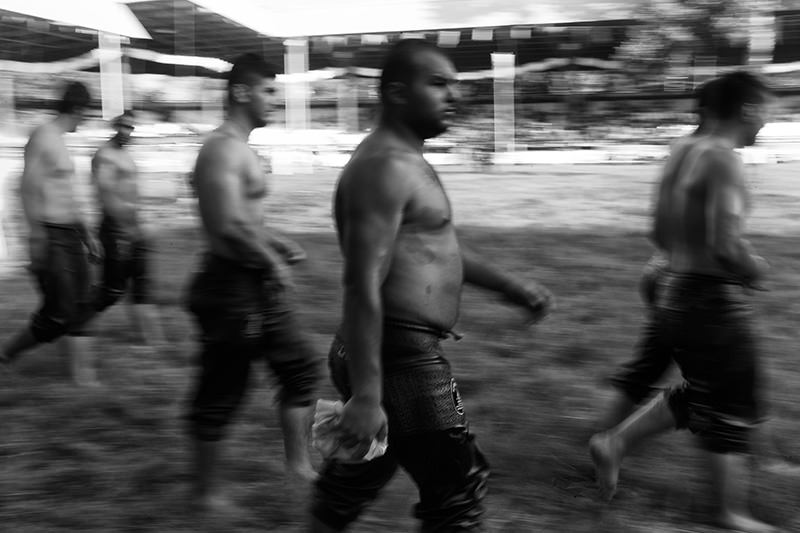 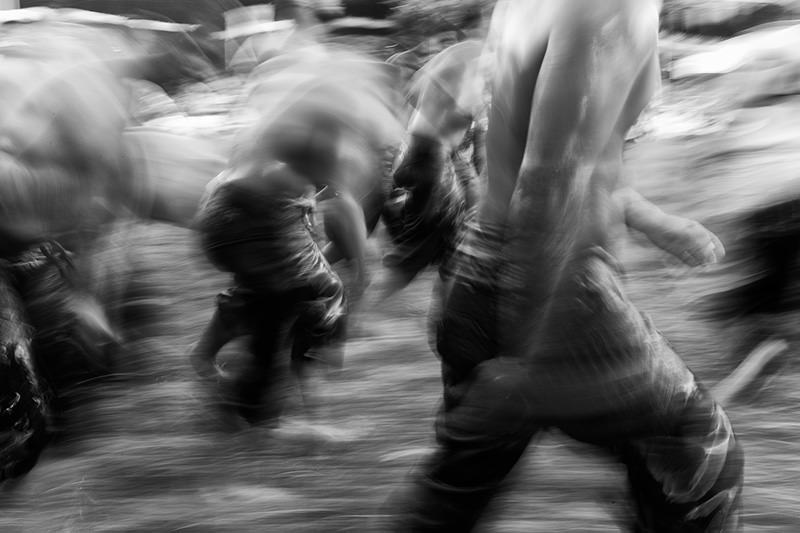 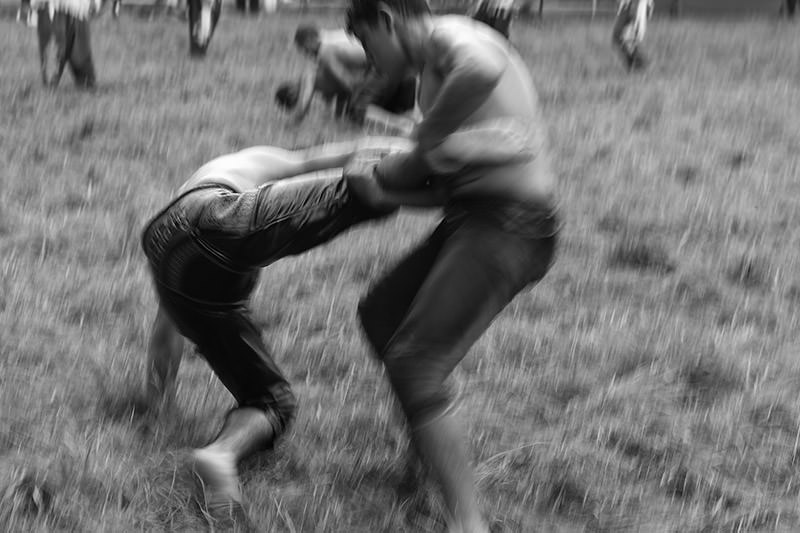 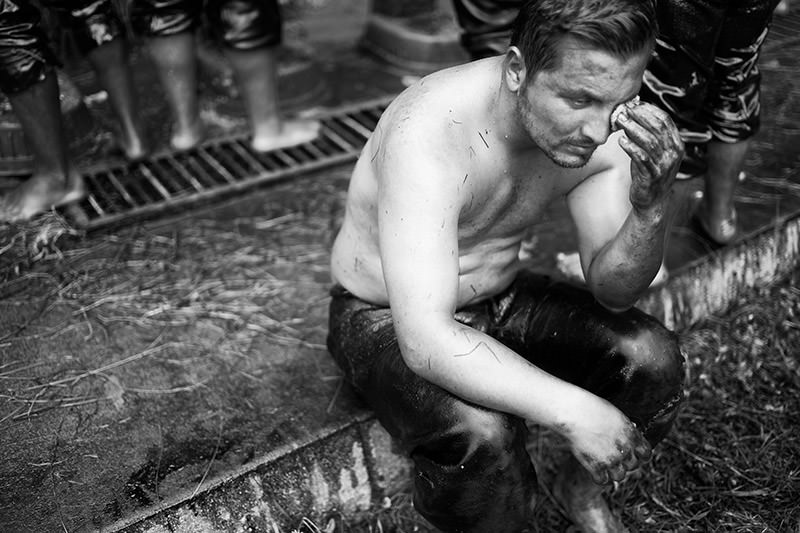 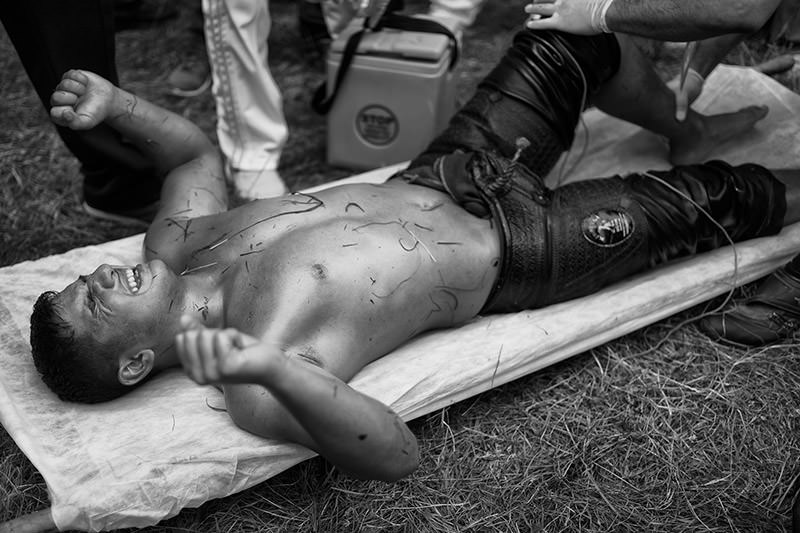 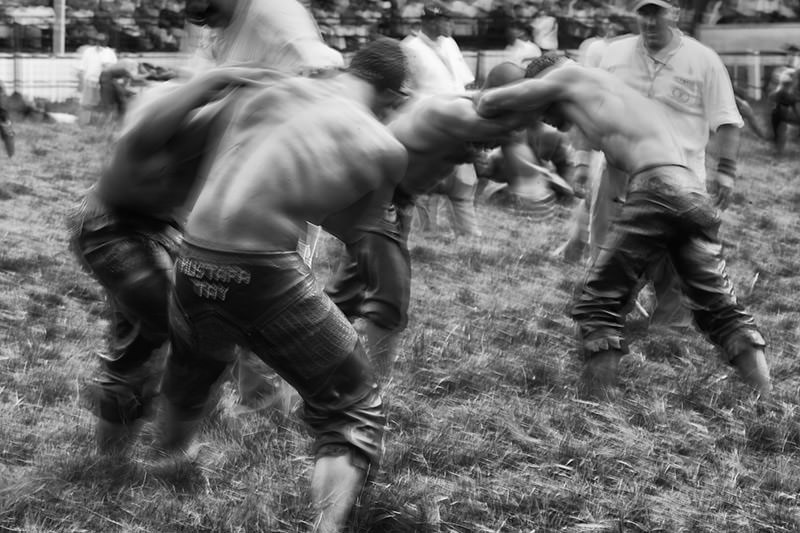 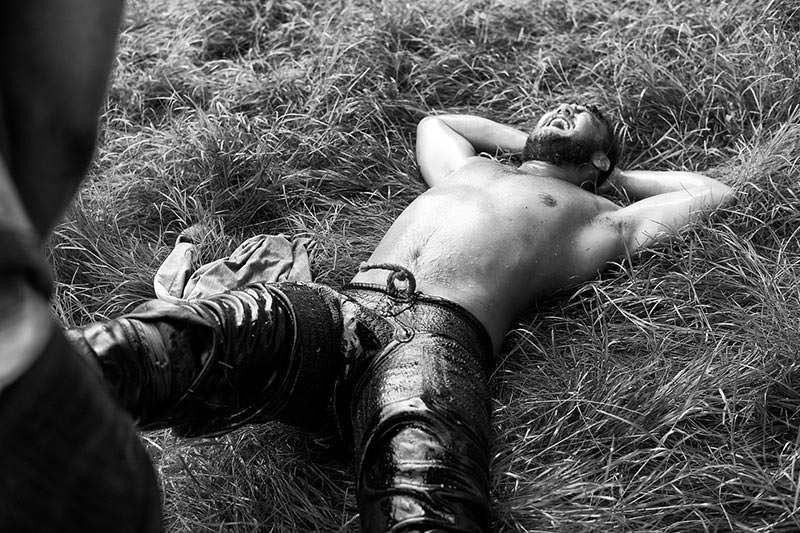 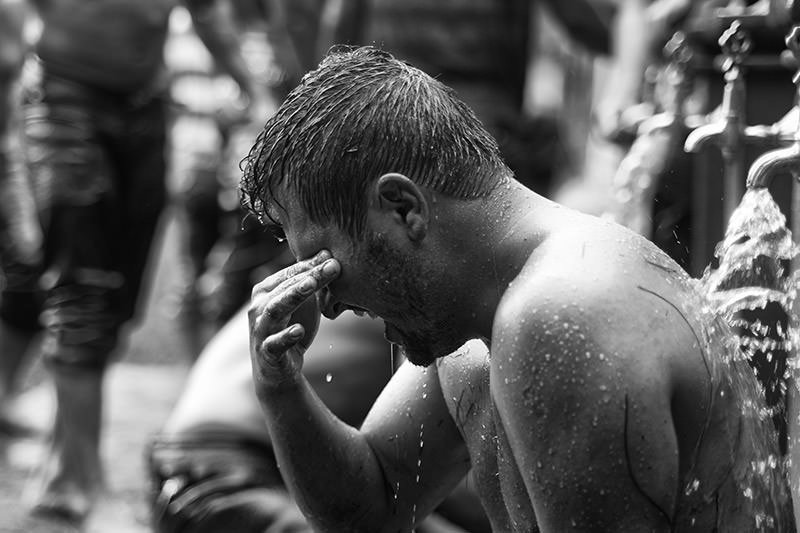 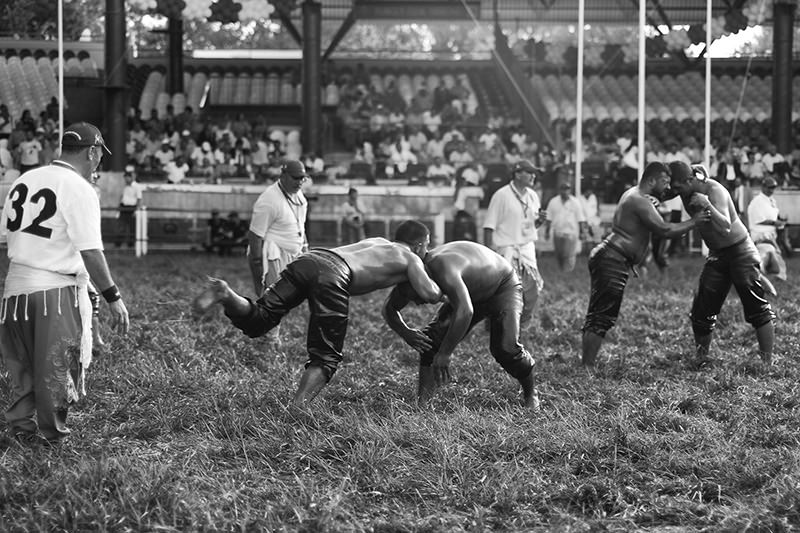 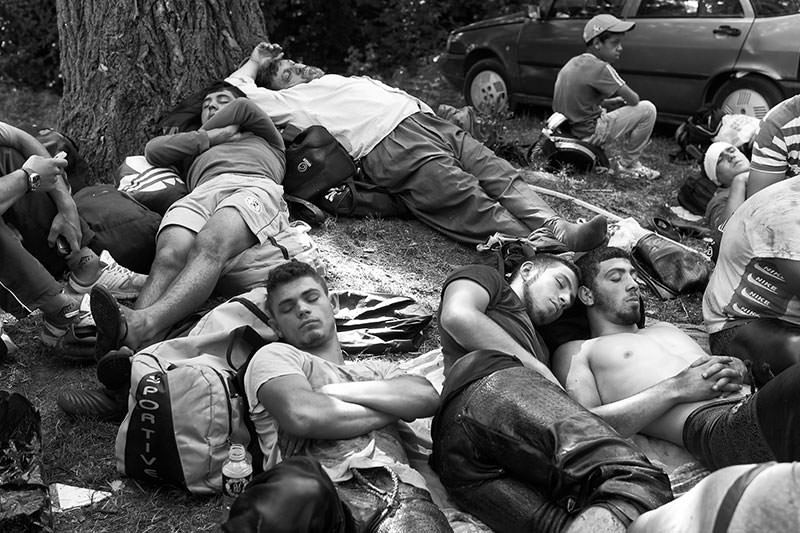 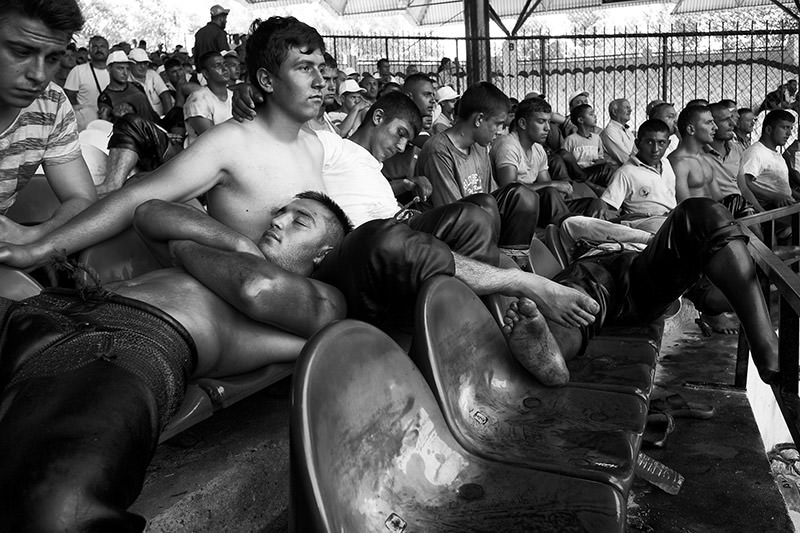 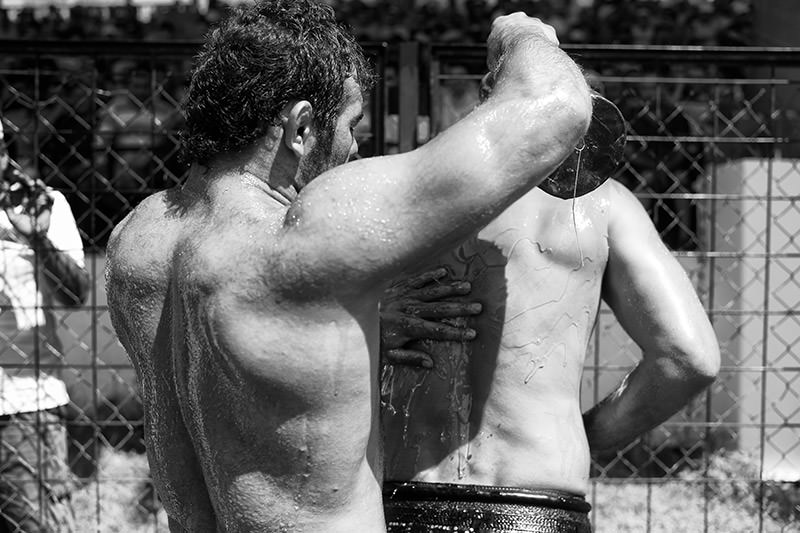 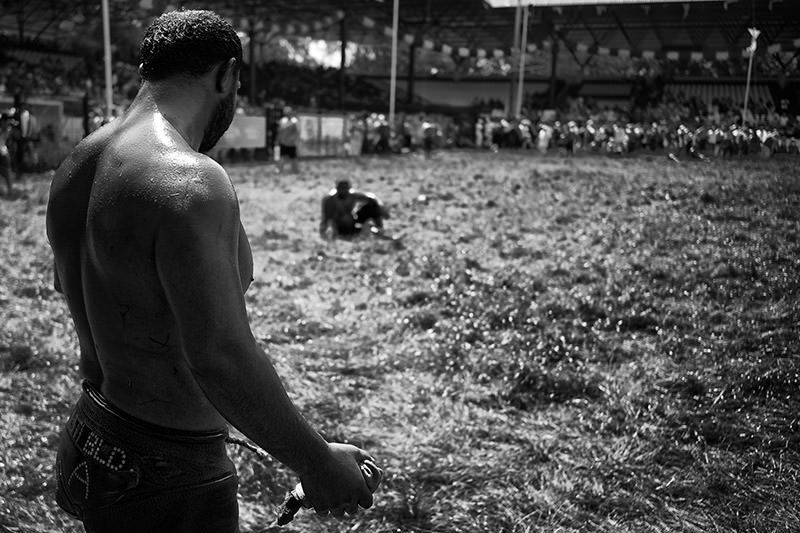 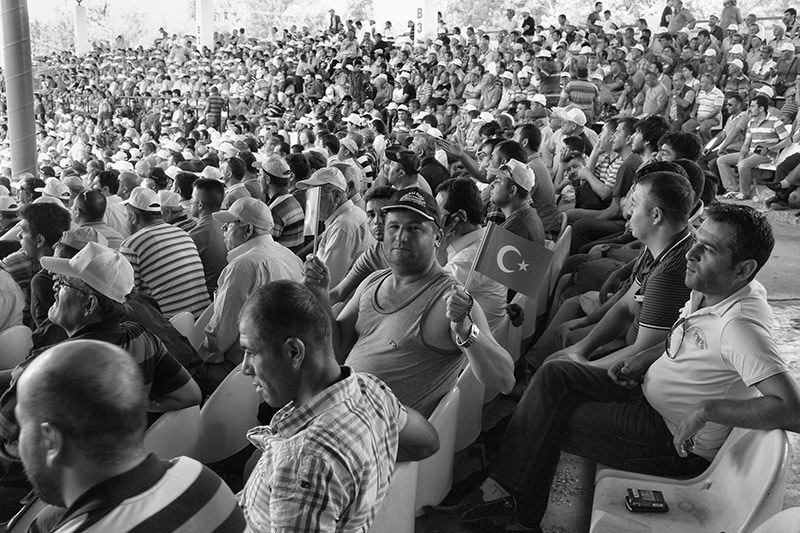 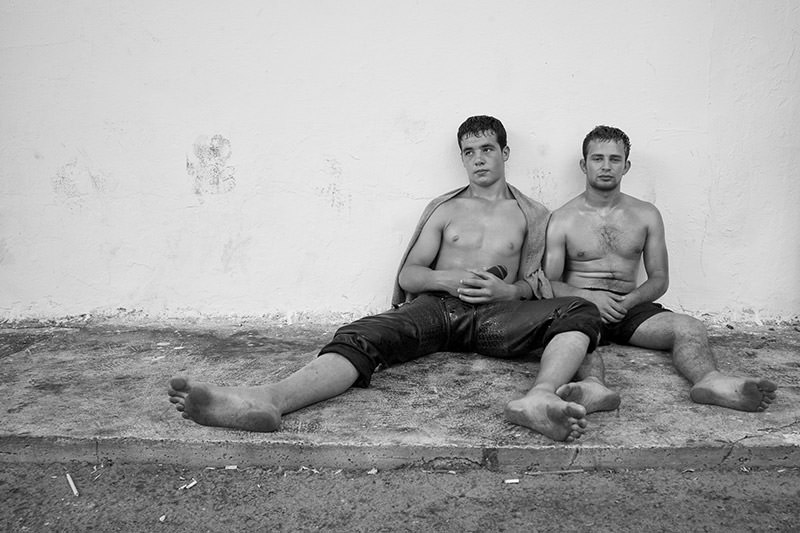 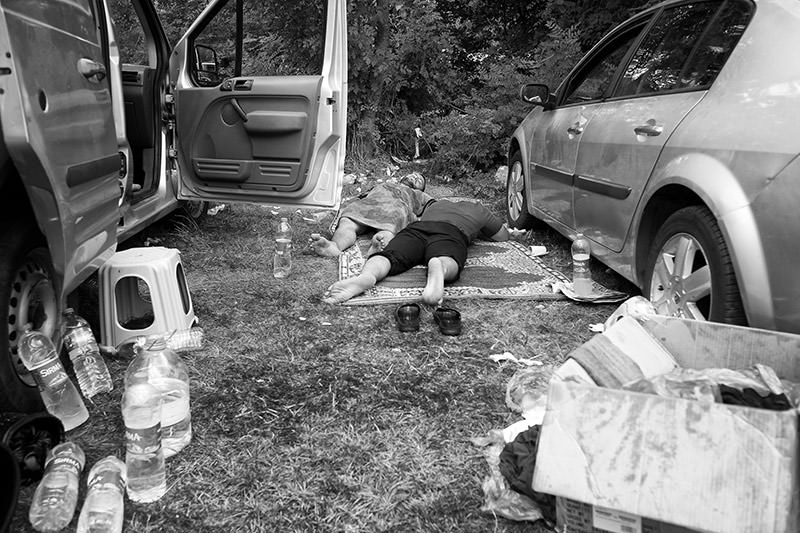 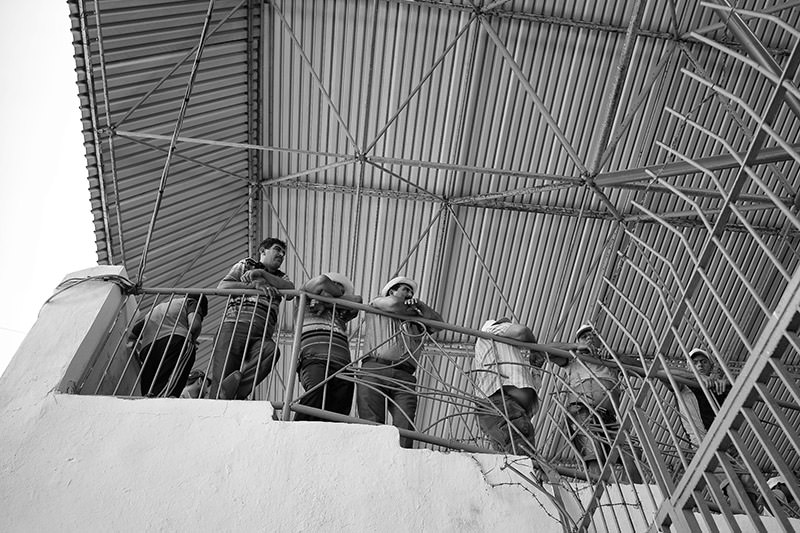 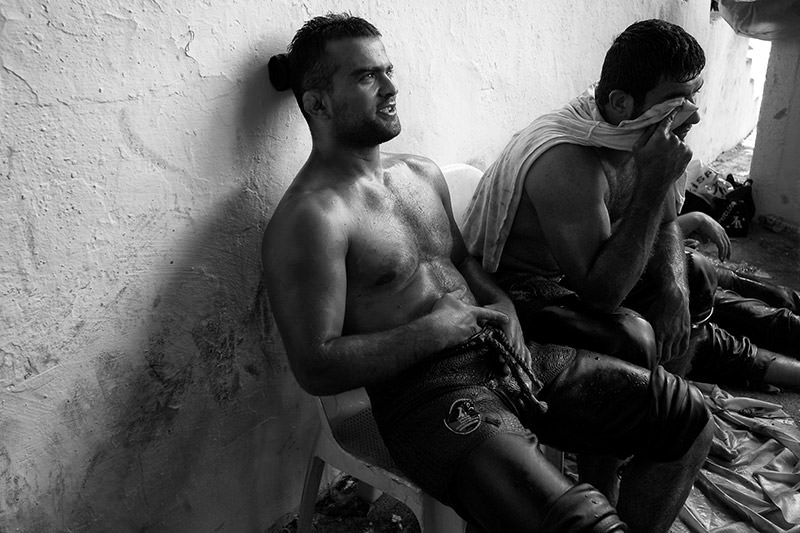 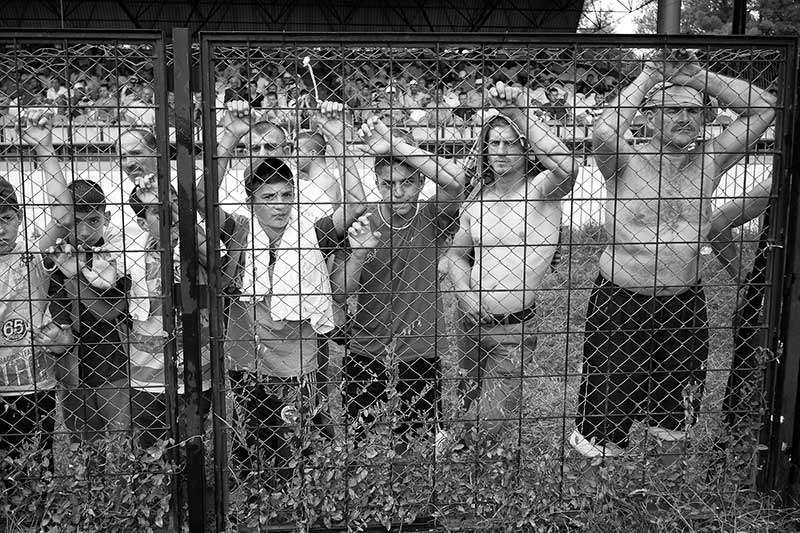 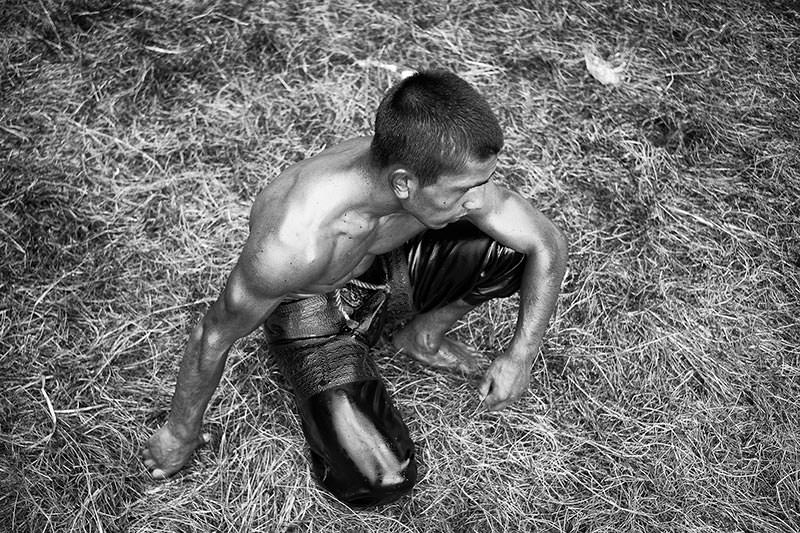 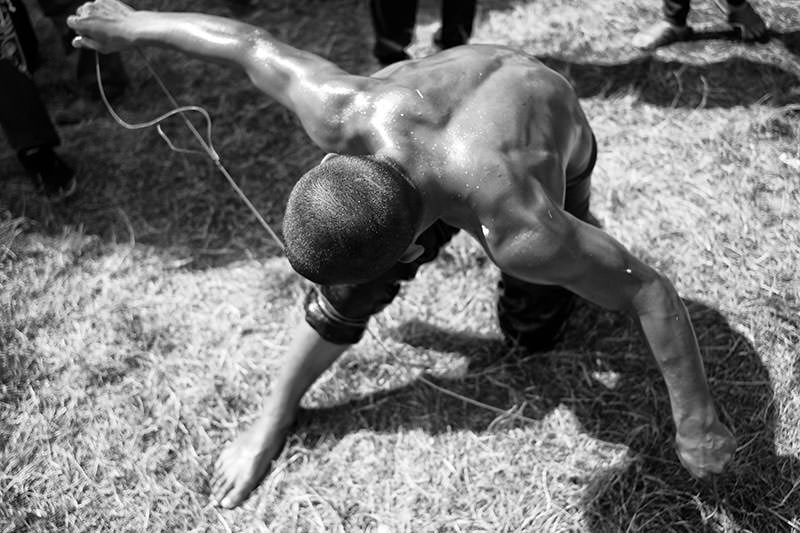 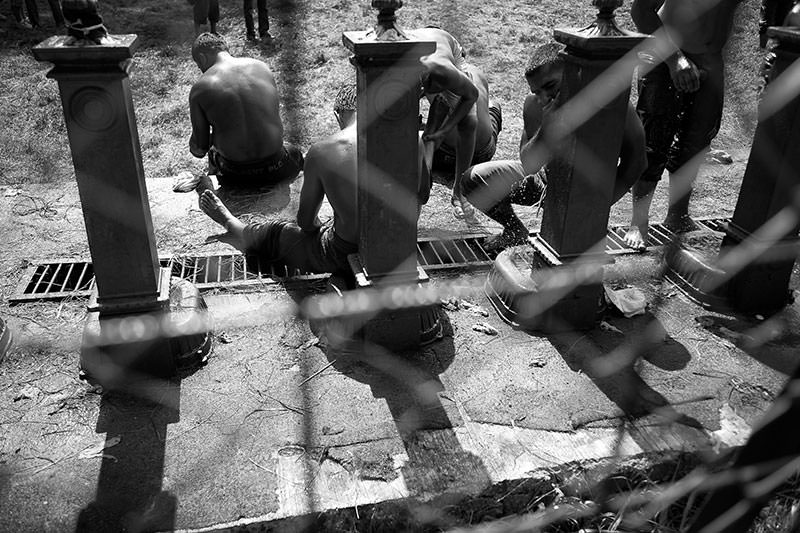 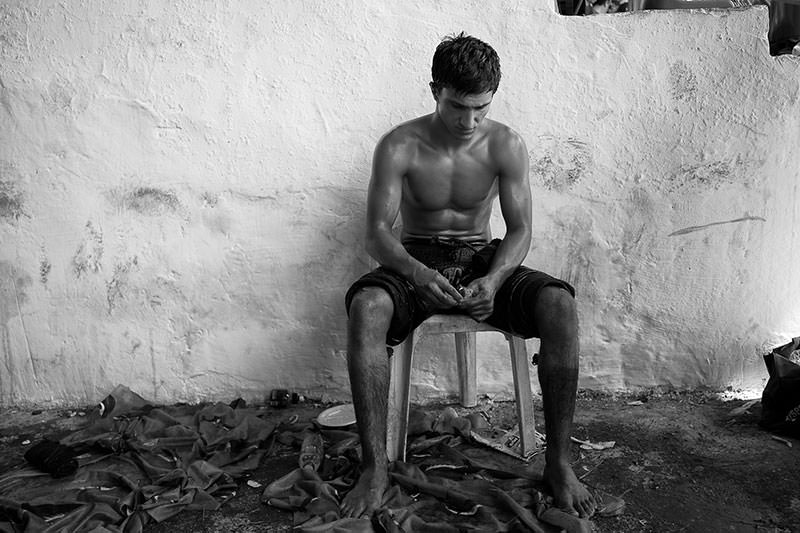 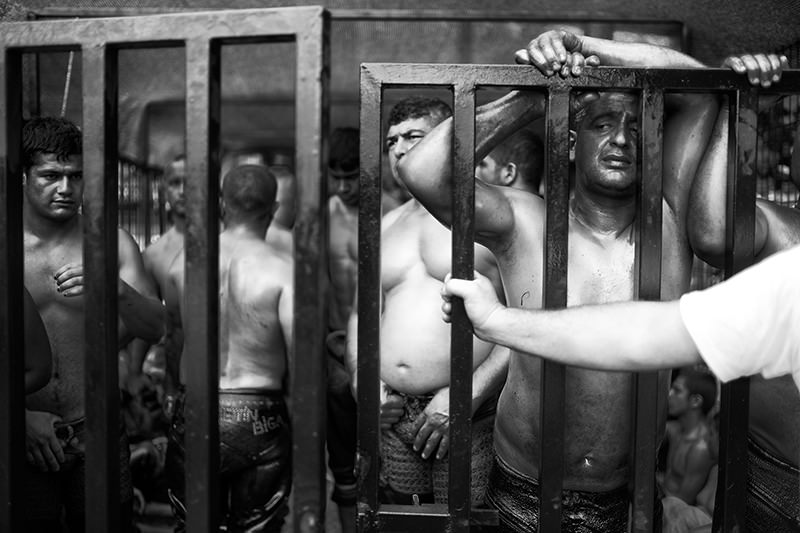 Edirne, Turkey - 2013 - Personal project. Kırkpınar is the name of this oil wrestling in Turkey. Since 1346 there has been this tradition of wrestling among men.

Before each fight, the men are oiled with pure olive oil. These matches take place exclusively outdoors on an open lawn ring. The fighters are naked - Greek tradition - except for the leather pants, which extends to the knees. The battle is won when the opponent is either thrown on the ground and held there (as with many types of wrestling), or else the opponent can be lifted on their own shoulders, and is then defeated. These competitions are the most important sporting event in Turkey. Edirne, is the origin of this type of wrestling.